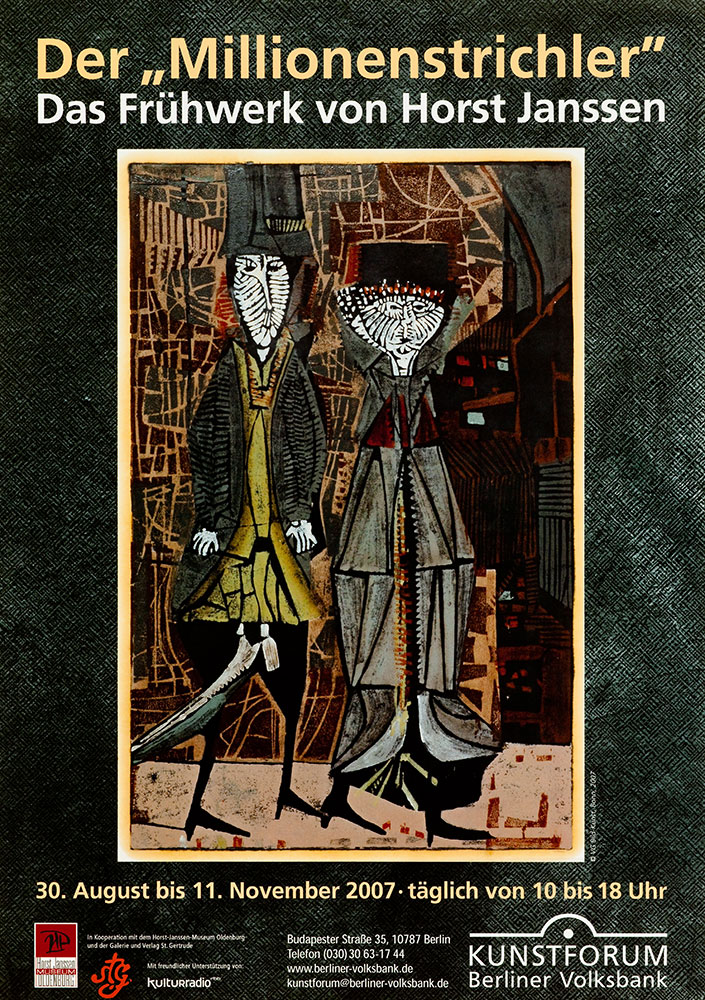 The work of Horst Janssen (1929 - 1995) is often compared with the art of Albrecht Dürer, Rembrandt or Francisco de Goya. In cooperation with the Horst Janssen Museum Oldenburg, the Kunstforum der Berliner Volksbank is showing around 100 of the most beautiful and important drawings, lithographs, etchings and woodcuts from Horst Janssen's early work. It is the lesser-known Janssen who can be discovered in the exhibition. The shy, brittle, introverted Janssen who draws manically, developing a power of invention that creates microcosms in the smallest of spaces with inexhaustible, meticulous, detail-obsessed strokes.